Scroll over the image to enlarge

Double action for the care of the vineyards

This equipment is used to remove shoots from the trunk or main arms of the vine, acting simultaneously as a “natural weed killer”, freeing the area between the rows of vines from infesting grasses.

The operation of vine shoot elimination is carried on using a special nylon cord which is both strong and long lasting, held by two coaxial shafts.

A special and simple mechanism enables the operator to easily extend the cord when necessary.
It is possible to determine the range of rotation of the cords using a safety guard positioned over the tipping shaft, enabling this operation even in vineyards with low Guyot training systems without damaging the vine branches and fruits.

The vine shoot Tipping machine SP cleans the area around the base of the vine and between the rows perfectly, thanks to its inclination, using two hydraulic controls which enable the separate regulation of the height of the tipping shaft and the lateral movement.

Another distinguishing feature is its particular joint, which advantageously makes it possible to keep the tipping shaft parallel or inclined in relation to the row of vines, thus enabling the expansion of its field of action. 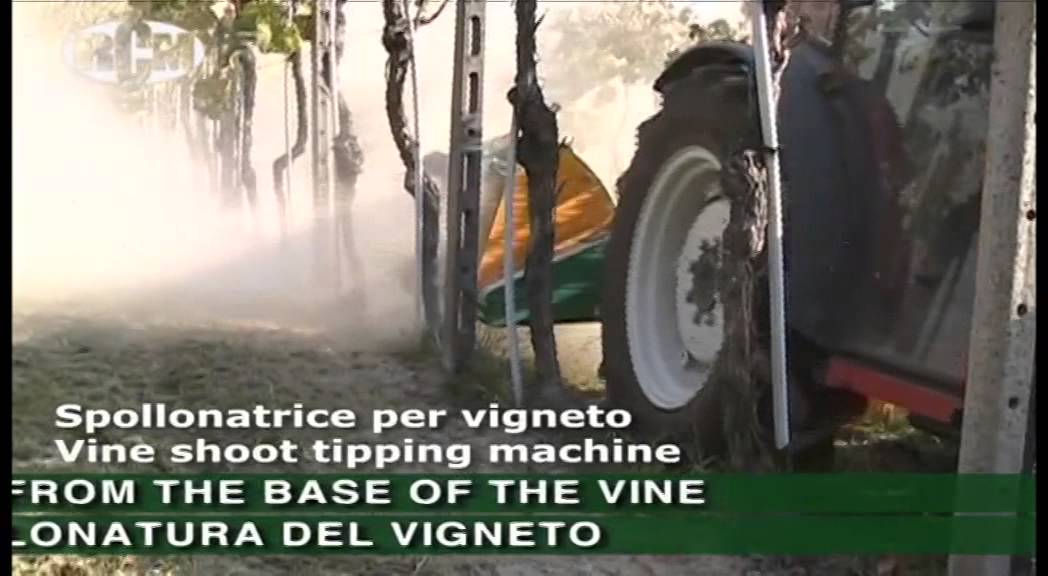